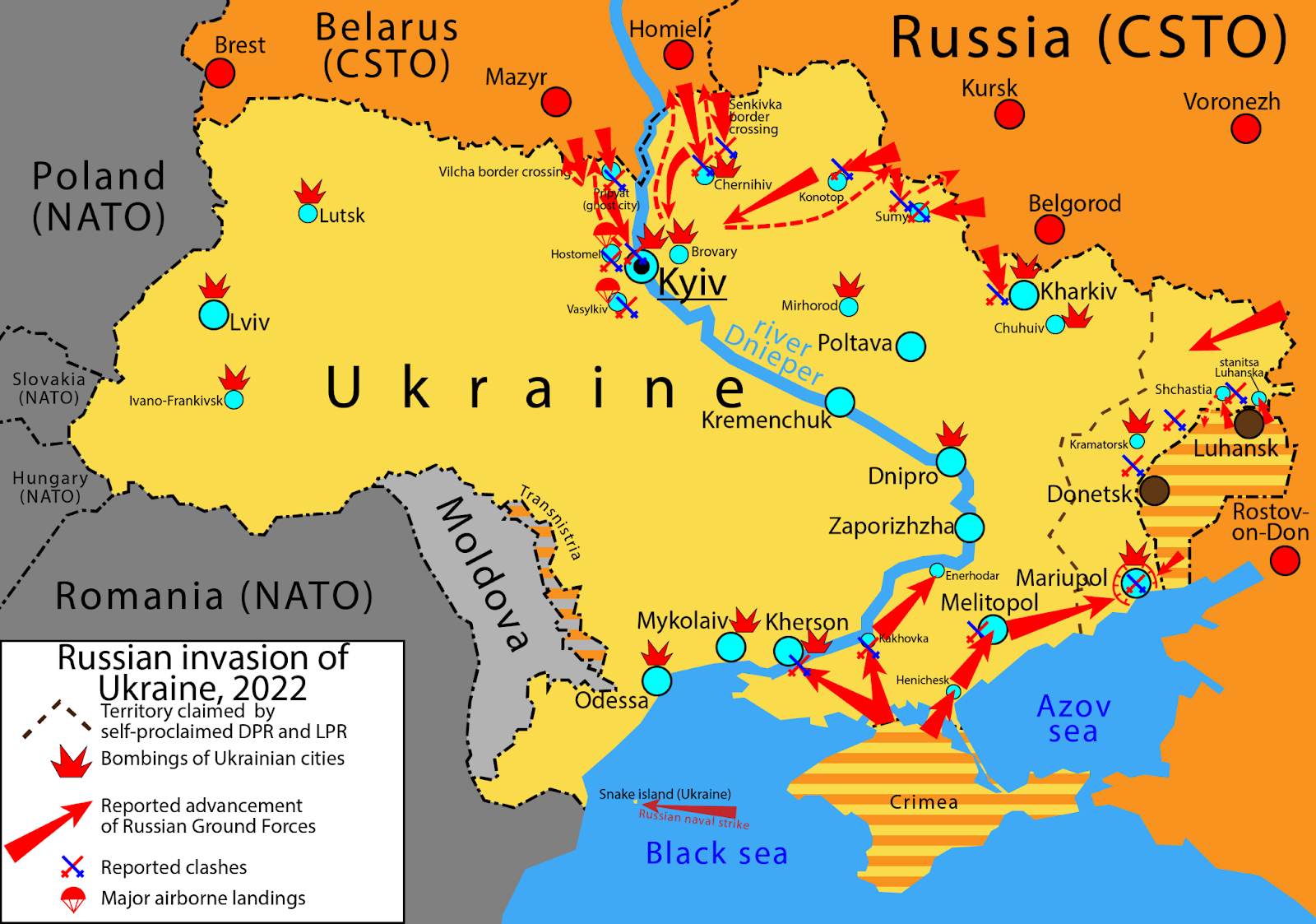 Brief introduction to the (conflict/crisis/evolving) situation

Russia has invaded Ukraine in a special military operation for the following reasons:2

Is it Safe to Travel to Ukraine?

For businesses that require a more detailed report on the situation, please refer to our in-depth country analysis which is available from our support representatives.