I recently had the pleasure of spending the night with my head over the toilet, unsuccessfully attempting to stymie the endless heaving brought on (probably) by a teeny bit of cookie dough. I was painfully reminded of the first time I got food poisoning from some dodgy chicken in central Thailand. My brother and his wife were out hiking, enjoying the exotic flora, while I was dying alone in a cabin in the jungle, vomiting, shivering, hallucinating, and making friends with the mouse that lived in the bathroom…

Food poisoning is never fun, but it is even worse when you are travelling and away from the comforts of home. Vomiting, diarrhea, nausea, abdominal cramping… many people have experienced the symptoms of food poisoning or at least know someone who has. For travellers, attack rates for food poisoning range from 30% to 70%, depending on the destination. The most high risk areas include most of Asia, the Middle East, Africa, Mexico, and Central and South America.

So how do you avoid food poisoning? Everyone knows not to drink the water, but it’s not just about avoiding the tap in your hotel room or hostel. There are many other sources of food contamination that people often ignore. Anything raw or undercooked is a potential hazard, including salads…they may have washed those veggies in the water you are trying to avoid. Ice is another big one (some travellers manage to forget that ice is frozen water…) For example, in Cambodia large blocks of ice are transported to bars and restaurants on trucks, presenting an unpleasant image for travellers who may be enjoying a drink on a restaurant patio. Now this ice is technically used for cooling cans and bottles instead of ending up in people’s drinks, but it is a lot cheaper than the clean ice so you never know.

And that’s the main point… that you never know for sure so you should always take food safety precautions. Here are some tips from Sitata about food and drink safety while travelling:

More often than not, eating food from street vendors in many countries can be a safe, and rewarding experience. That said, some street vendors and restaurants might not be too concerned with the proper methods for handling and preparing food. In-adequate refrigeration is common in many parts of the world and there may be cross-contamination of ingredients, as well as inadequate disinfection of food preparation areas. If you do cave in to your adventurous side, be sure that the food has been recently and properly cooked, and that it has not sat out all day.

Avoid Food That Has Been Inadequately Cooked Or Not Refrigerated

Try to make sure your food is piping hot when you get it. Avoid buffets and dessert trays where food may have been sitting out growing bacteria all day. This includes those little cream-filled pastries and other bakery products they put out at resorts.

Raw meat, including seafood, can contain harmful bacteria, viruses or parasites, so make sure your meat is thoroughly cooked through before you eat it.

There are several options for ensuring water is safe to drink. Boiling water (a full boil for at least one minute, 3 minutes at high altitudes) is the best method as it will kill bacteria, parasites and viruses in the water. Some travelers carry iodine tablets to disinfect water chemically, however, there are some parasites that might not be killed by this method. Others carry portable water filters, but these do not effectively remove viruses. Using a combination of filtering and chemical disinfection will result in safe water, but who has time for that when it’s 40+ degrees and sunny and you’re busy hiking or visiting temples or swimming at the beach.

Fortunately, bottled water is ubiquitous in much of the travelling world. Try to make sure the bottled water is from a trusted source, like a popular brand within the country, and also make sure all bottled beverages have a fully sealed cap. If the seal is not intact, the bottle may have been refilled.

Avoid Raw Vegetables, Leafy Vegetables Like Spinach or Lettuce, and Fruits That Cannot be Peeled

Again, raw veggies and fruits are often washed in the same non-potable tap water you have been so careful to avoid. Stick with well-cooked meals to ensure bacteria, viruses, and parasites have been killed.

What To Do If You Get Food Poisoning

These precautions will help reduce the risk of getting food poisoning, but sometimes food safety is out of the traveller’s control. So what do you do if you get food poisoning? While it may feel like you are in fact dying slowly on the bathroom floor, the symptoms of food poisoning usually go away within a couple of days.

Contaminated food and water may look perfectly harmless. Just because it doesn’t smell rotten or you can’t see any green fuzz growing on it, doesn’t mean it is safe to eat. The main point is that you never know so always be cautious about what you are ingesting while you are travelling and cooking at home.

How does Sitata keep their information up to date?

Sitata uses a multi-step system to make sure that each traveller is provided with the most important, reliable, and up to date information relevant to them. 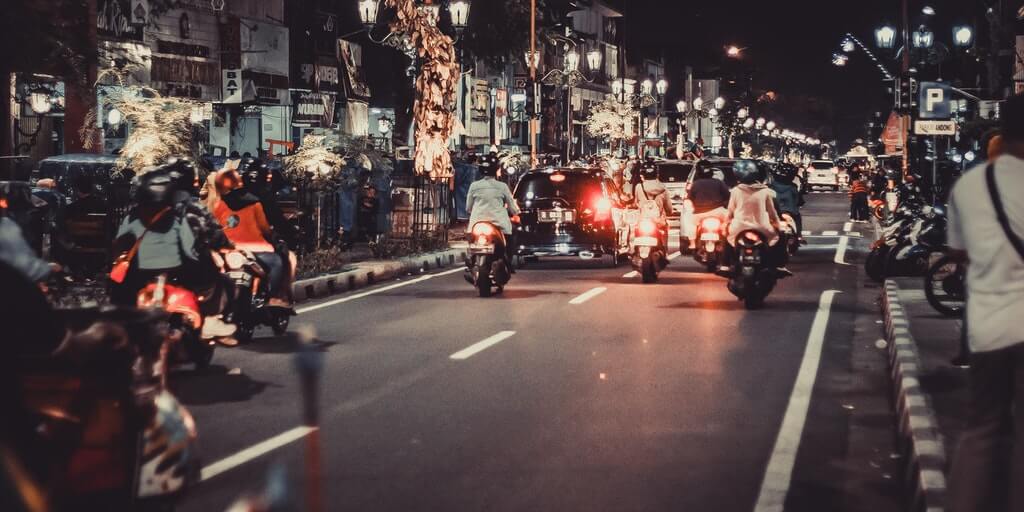 Driving a motorbike abroad? For the first time? Know what to expect. Tips and safety tricks to keep you feeling confident.